A Little Digestive Bitters Can Go A Long Way!

That fullness, bloating, and gassiness after eating can be alleviated with digestive  bitters.  Even after not eating.  Maybe you’re just not feeling right? Many things contribute to not digesting one’s food properly, but over and over, I hear this common complaint.
Our culture does a great job talking about the physical components of a good diet, plenty of whole grains and fresh veggies with a good bit of protein. But what about the flavors and energetics of food and herbs?  Within chinese medicine and western herbal medicine, five flavors are categorized; salty, sweet, bitter, pungent, and sour. Along with the flavors, the energetics or the movement the flavors elicit in the body, are important. Perhaps another day I can talk about each of the flavors and what they do, but because I want to address bloating and gas in the stomach, I will start with bitter and sweet.
Western culture takes sweet to amazing heights; cream pies, candy bars, soda pop. But when the taste and energetics of food was initially recognized people lived with less refined foods, and sweet taste referred to foods like rice, wheat, corn, sweet potato, and milk.
Bitter is an element found in green vegetables, and in much stronger forms through herbs. Bitter is often a taste associated with medicine, sweet, a taste associated with fun. Either one in big doses can be a poison.
When sweet foods are taken into the body, they create a physical calming effect and can help to lift the system, stop diarrhea, cool the body. When bitter foods, or herbs are taken in, they have the effect of calming the nervous system, increasing the metabolism, and releasing dampness and heat.
When too much sweet food is taken in, it causes the body to plug up and become constipated and gassy, which is a way of saying it is damp, like a wet musty basement, instead of a clean living room. The bitters, taken in forms like dandelion, burdock, yarrow, to name just a few in your backyard, notify the liver that it needs to clean house. This has not only the effect of increased metabolism and elimination, but also calms the nerves.
Next time you reach for a bowl of pasta, or another piece of bread, ask yourself if you really want a salad with greens, or maybe include a shot of bitters after your meal. Taste is an essential component of eating, listen to what your body needs.
A little bit of digestive bitters goes a long way to help the stomach and the whole system feel better!
0
0
0
0
0
0 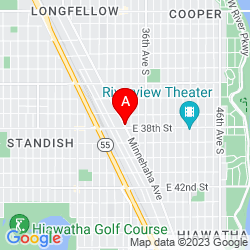